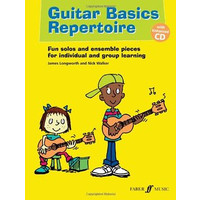 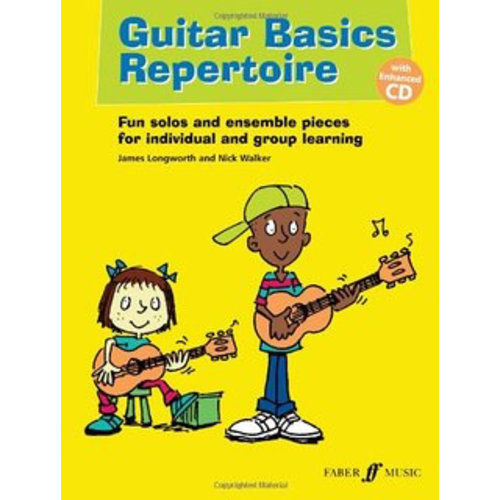 Designed both to consolidate the areas of study covered in Guitar Basics and present new topics in the fun but clear style of the popular method book, Guitar Basics Repertoire introduces accidentals, moving up the neck, two part music, arpeggios and plucked chords, as well as fun extended techniques that even a beginner can master.

Guitar Basics Repertoire contains both solo and ensemble pieces, with backing tracks and teachers' part for many pieces provided on the accompanying ECD, and is the perfect companion to Guitar Basics whether being used for group teaching or to prepare students for graded examinations.