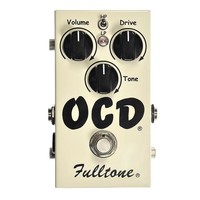 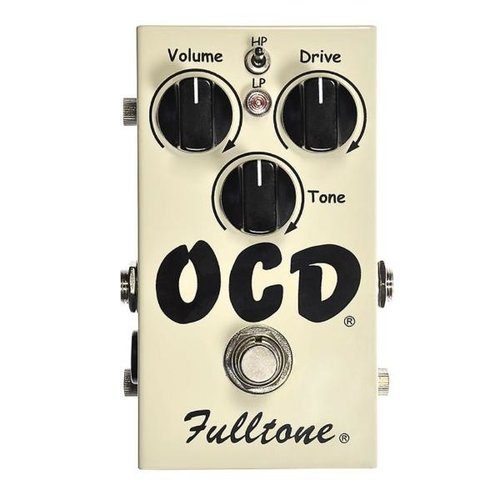 The OCD is the biggest selling boutique overdrive ever made, with over 250,000 sold since its inception in late 2004. There are no signs of it slowing down. The OCD has received many slight tweaks over the last 12 years, often incorrectly identified as “version 2, Version 3, V4, etc.” In reality there has always been only Version 1, with very slight variations making V1.0 through V1.7.

NEW output buffer (when pedal is turned on) which eliminates it from being influenced be effects that came after it. Translation, your sound remains consistent regardless of placement in today’s more complex signal-chains, loopers, and pedalboards. This buffer also had a positive effect on the sound, it reduced loading on the pedal’s hard-clipping stage, allowing more sustain of both the sound and the overtones.

NEW Class A configured discrete 2N5457 JFET input section, raising the input impedance from the previous 330K to 1 mega ohms and increasing the dynamics…resulting in significantly better interaction with both single coil and humbuckers.

NEW Internal switch to choose between ”Enhanced Bypass TM” & True-Bypass, and with no popping sound in either mode.