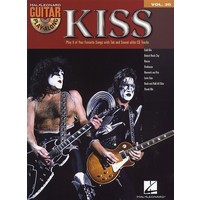 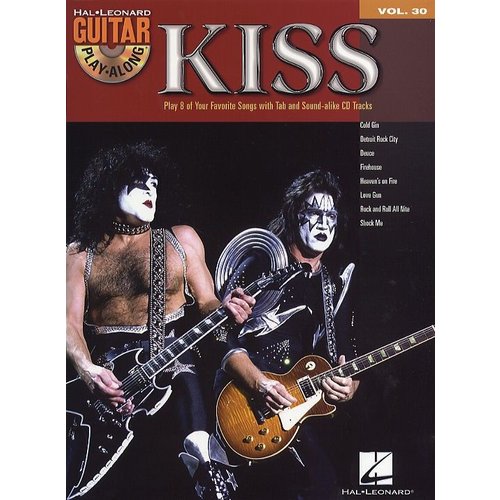 HL00699644
£12.95
call for availability
Product description
Description
The outrageous, flamboyant costumes and startling white makeup are the instantly recognisable symbols of Superstar rock group Kiss. Since their first release in 1974 Gene Simmons’ tongue, the axe guitars, a captivating stage show featuring dry ice, smoke bombs, elaborate lighting, blood spitting, and fire breathing; Kiss have captured the imaginations of thousands of rock and pop-metal fans. Though it is probably their appearance that has garnered most attention, their brand of anthemic, fist-pumping, loud and hard guitar rock has delivered 13 Platinum and 11 gold albums. Couple this stadium rock with an outrageous on stage presence and rock posturing, and it is easy to see why they have cemented their place in Rock ‘n’ Roll history. The Guitar Play-along series will help you to play your favourite songs by your favourite artist quickly and easily! Just follow the tab, listen to the demonstration track on the CD and then play-along using the separate backing tracks! The melody and lyrics are also included in the book in case you also want to sing, or to help follow along. The enhanced disc is playable on all CD players, though you need a PC or MAC to unleash the full potential. With the included software, you can adjust the playback tempo without changing the pitch! Learn to play eight of your favourite Kiss songs, this book has it all in abundance, the only thing missing is the face paint and spandex! Eight of their best songs including: Detroit Rock City, Firehouse, Heaven's on Fire, Love Gun and Rock and Roll All Nite
Close
[powr-chat id="a9ea80d9_1582642524"]
Compare products
0
Start comparison