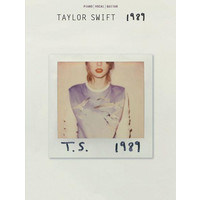 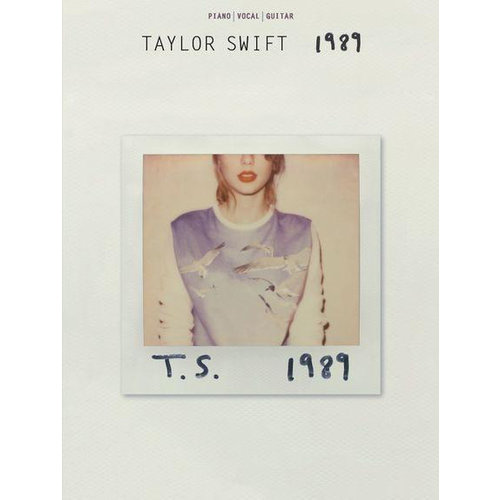 AM1010427
£14.95
call for availability
Product description
Description
1989 is the fifth album from the unstoppable pop force that is Taylor Swift, released in October 2014. This is the first album that she has officially declared as full-on pop, and the catchy hooks, fun lyrics and danceable rhythms make this a fantastic sheet music song book to play from. This 1989 sheet music is arranged for Piano, Vocal and Guitar. Since launching her career with a country-infused pop sensibility back in 2006, singer and songwriter Taylor Swift has slowly but surely conquered the pop charts. Culminating in her declaration of a full pop direction on 1989, her rise to success has been bolstered by smash hit singles, but it's the consistently brilliant songs that she's written for this album, all of which are featured in this collection of new Taylor Swift sheet music. With the incredibly catchy and inspiring anthem Shake It Off, the ode to the big apple, Welcome To New York, the funny and melodic Blank Space that also features some innovative electro-pop production, the 1989 sheet music song book contains every one of her brilliantly-written tunes. You'll be able to learn every verse and chorus exactly how Taylor sings them, as well as how to play the instrumental parts on the Piano and Guitar. Featuring chord symbols and boxes as well as full lyrics, this Taylor Swift sheet music is the best way to learn all the songs from her latest best selling album. Acclaimed by critics and fans alike, 1989 was included on numerous top album lists of the year, as well as going straight in at number one in the UK chart and making Taylor Swift the first ever artist to release three consecutive albums that sell over one million copies in the first week. The numbers speak for themselves, and musically, the album certainly does not disappoint. It's a masterpiece of pop music and a veritable masterclass in pop songwriting, and this 1989 sheet music is the best way to learn exactly how this talented singer performs every song. For an authoritative and accurate transcription of every song on Taylor Swift's incredible fifth album, check out this Piano, Vocal and Guitar sheet music for 1989. Once you've learned each tune you'll be singing and playing them for years, and the perfectly-crafted and well-written songs are sure to remain in your head for a long time.
Close
[powr-chat id="a9ea80d9_1582642524"]
Compare products
0
Start comparison