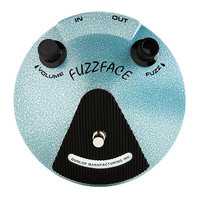 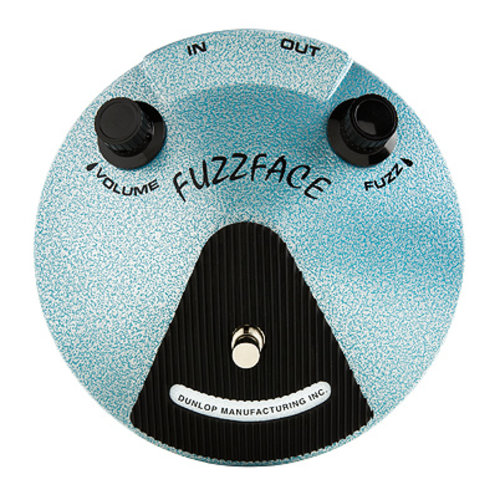 Product description
Free Shipping
Description
Jimi Hendrix was the master of fuzz, an artist with many subtle shadings at his command. His love affair with the legendary Fuzz Face pedal began in the early days of the Experience and continued to evolve throughout his brief but blazing career. The Jimi Hendrix Fuzz Face Distortion is a meticulously faithful reproduction of the 1969–70 Dallas Arbiter Fuzz Face that Jimi used on classic albums such as Electric Ladyland. Dunlop's engineering department examined hoards of vintage Fuzz Face pedals, honing in on a few units which possessed that unmistakable Jimi voodoo. The Hendrix Fuzz Face is built around the toneful BC108 silicon transistor. It is authentic in every detail, featuring a hand-wired brown circuit board with no solder mask and circuitry carefully matched to original specs. It’s all housed in a 100% accurate groovy circular chassis with tooled clones of the original Fuzz Face knobs in the rare and vintage turquoise hammertone finish. A truly playable collectable for any Hendrix or Fuzz Face fanatic.
Close
Free Shipping