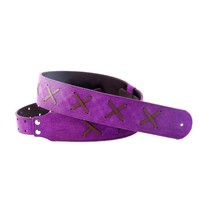 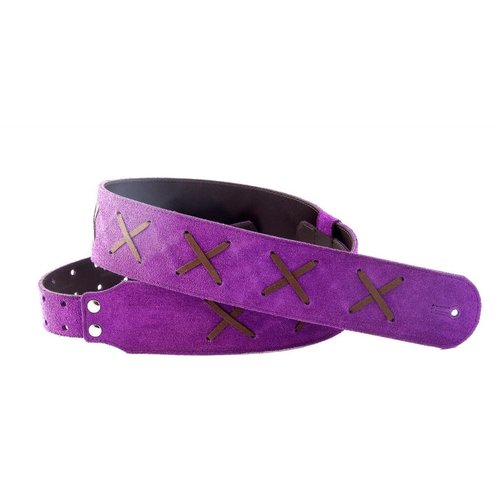 Guitar strap with crossed strips and purple color, has become perhaps as famous as the black stratocaster of its owner. According to history, a similar strap to this one was owned by Jimi Hendrix. For some mysterious reason it turned chocolate brown, but that's what the legend says, in 2006 David Gilmour's wife gave it to Mr. Gilmour. Up from that moment on, the Gilmour guitar strap became the inseparable companion of his stratocaster. At RightOn! we wanted to take inspiration from this well-known strap and offer it with its original look and all the RightOn features!