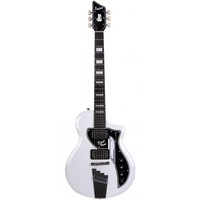 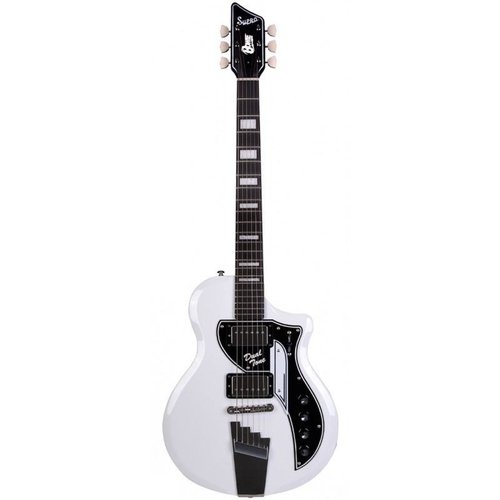 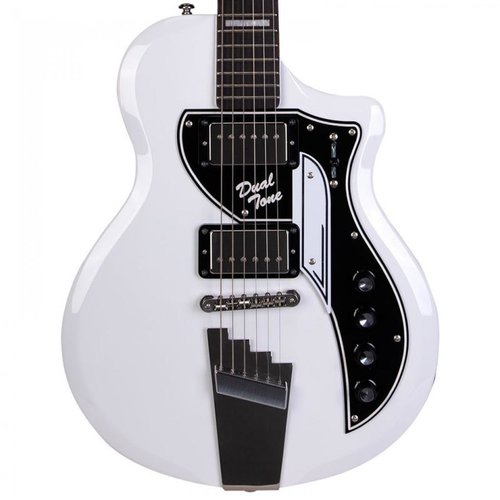 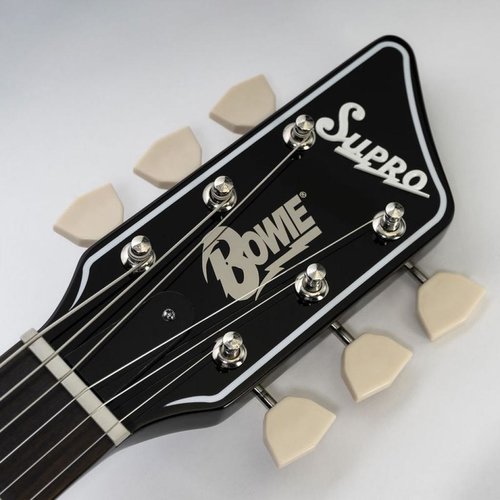 David Bowie’s love of the Dual Tone was strong, as evidenced by the guitar’s frequent appearance in promotional photos from his post-9/11 era in New York City. Bowie’s Dual Tone guitar features prominently on the cover of the New Killer Star single, echoing the cover art for Link Wray’s iconic “Rumble!”. With Bowie’s face just out of view, the focus of the image becomes the guitar itself. This begs the question: why is Bowie’s face cropped out of the image? Why is the focus on the guitar? Maybe we aren’t supposed to know? Then we remember the album title: Reality.

One thing we know to be real: we love vibey iconic guitars with lots of character—and we love them even more when they’ve been worked on by a top luthier. This is what we’ve endeavored to deliver and are happy to bring to reality for 2019. Here is something you can hold on to: The first batch of four hundred David Bowie 1961 Dual Tone guitars will be released on January 8th, 2019 in honor of David’s birthday. Each instrument is numbered by hand and comes with a Supro deluxe gig bag and certificate of authenticity.